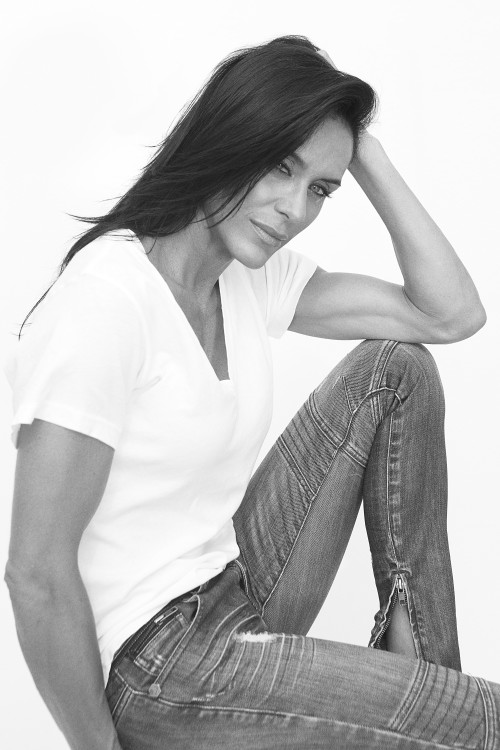 Motivational speaker, expert in personal protection, World Champion, Pan American & National Champion in Jiu Jitsu, former pro-surfer, and television personality Danielle Martin has become known for her unique and impressive combination of traits and talents that make her an authoritative voice representing the interests of women, men, and children of all ages. As Founder and Ambassador of True Boundaries, Danielle’s passion is to cultivate a message of personal protection “from the inside out.” She helps people identify their natural mental and physical strengths and encourages them to hone and own their intuition as a first line of defense. She emphasizes the importance of situational awareness, being empowered by knowing your own strengths and limitations, and committing to confidence.

Danielle has extensive experience working with women, men, and children who have been victims of violence or predation. She has developed various programs over the years that focus on using  instincts and intuition to make smart choices, and that promote personal health and safety. Her safety and self-defense seminars are designed to educate about the reality of violence and to arm individuals with the tools they need to protect themselves from the inside out. In her hands-on seminars, she teaches defensive positions and jiu-jitsu based physical tactics for escaping dangerous situations. She puts an equal emphasis on the mental and physical aspects of personal protection, with a particular emphasis on proactive measures for avoiding dangerous situations altogether. Danielle always brings an energetic and upbeat attitude that inspires others to appreciate their own individual strengths, and teaches them how and when to use their strengths to keep safe.

On the television front, Danielle landed her first major network hosting position at the age of 18 with Planet X, which aired on Prime Sports on the FOX Network. She has hosted many other shows thereafter, including Surf the Planet, Pro-Truck TV on Speedvision, and Dirty Jobs on Discovery Channel. Danielle has also been the live-event host of the Gravity Games for NBC, as well as 3-on-1 and 54321 on FOX Sports. She was a contestant on American Ninja Warrior in 2012, making it to the Northwest Regional Semi-Finals.

As a model, Danielle has graced the cover of Sports Illustrated: Women and Bicycle Magazine. She has also been featured in Shape, Elle, SELF, Health & Fitness, Mademoiselle, Surfing, Surfer, Spin, Fitness, Oxygen, and many others. She has modeled for major national brands such as Nordstrom, Target, Champion Sportswear, Nike, Reebok, Adidas, Speedo, TYR, Oliver Peoples, Danskin, and Beefeater Gin.

As an athlete, Danielle has excelled in land and water sports. Her childhood passion for surfing eventually led to recognition as a California State Athlete of the Year and a professional surfing career with sponsorships by local and national surf brands including Killer Dana, O’Neill, SPY Optic, Rip Curl, Arnette, Girl Star, and Freestyle watches. She continues to regularly participate in sport and fitness demonstrations for networks and corporations. Also an avid equestrian rider and a frequent coach for her own children’s sports teams, Danielle displays a fierce yet feminine athleticism in every aspect of her daily life.

Danielle is a single mother of two young boys and she encourages women to understand the importance of establishing a healthy lifestyle that allows them to maximize their personal potential in the domains that matter most to them. She has participated in seminars with CIA and FBI Missing Children’s groups and speaks passionately about the rights of children and women. Danielle is sought out as a motivational speaker by organizations ranging from Girl Scouts, high schools and colleges, nonprofit organizations, and homeless shelters to major national corporations such as Citibank and Kaiser Permanente. In 2010, Danielle was diagnosed with Lyme Disease which proved to be a devastating diagnosis, and at times, totally debilitating. She approaches the disease with the same focused tenacity that has always characterized her, while also developing a deep appreciation for how quickly the unexpected can redefine a life. She has been humbled by the experience with this lifelong disease and is committed to using her own experience to inspire and motivate other women to fight for their lives by tapping into their inner strength and drawing on the strength of those around them. Danielle is currently putting the finishing touches on her first book, detailing her life experiences that should bring a message of hope to others who have fought or are currently fighting to achieve their own stability in tumultuous times.